This meme has been around long enough that I’m sure this has been done, but I couldn’t find one, so I made my own 🙂 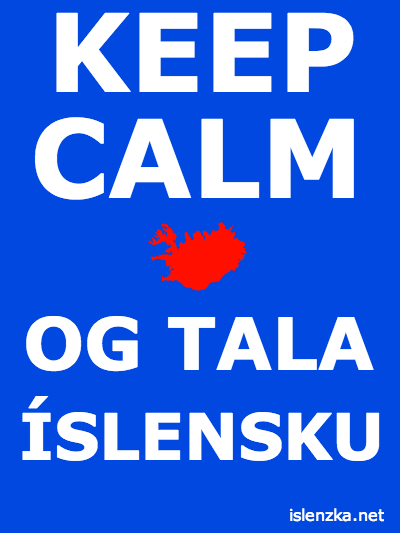 When I initially went to write the text, I just figured TALA was the correct form of the imperative, but wasn’t really sure why. I thought I had read something somewhere sometime and it just stuck in my head. Then I started to wonder about it, and searched around a bit. The form I used is actually the short or truncated (stýfður boðháttur), which seems to be used when the command isn’t directed at anyone in particular. I talked a little bit about the imperative in a previous post, but not the short form. I found a thread on the wordreference.com forums where this was discussed. One example someone gave was saying “Kom inn!” rather than “Komdu/komið inn!” when there’s a knock at the door, since you don’t know who is on the other side.

So I believe this is the correct way to say it 🙂