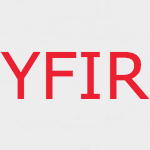 I’m not sure if it’s just more evidence of the extent of my Icelandic derangement, or simply a normal thing that people do when they study a language, but sometimes I sit and read…the dictionary. I mean not cover to cover, but randomly, seeing what catches my eye. Recently it was the ‘Y’ section, where I noticed there aren’t very many words 🙂 And while looking at the words that start with ‘y’, I realized that about 75% of them were words that begin with the prefix ‘yfir‘. So thus the topic of this post 🙂

By itself, the preposition yfir means over, above, across. It can take both the accusative or the dative case, which is typical in Icelandic, with accusative being used for motion and dative for location.

Myndin er yfir borðinu.
The picture is over the table. (location – dative)

…
[UPDATE] I received an email from a native speaker (thanks Þórey!) who said that the examples above for “hanging a picture” are better expressed as

Also, upp is used after hengja, because otherwise it imparts the meaning of hang as in a person…from a noose 🙂
…

As a prefix, yfir- usually imparts a similar meaning, like in

Here it creates the idea of a person who is above others, someone of rank or authority. Some words with more of a location sense are

The over- meaning, as in too much, more, beyond, can be seen in words like

yfir is also used in telling time, for minutes past the hour:

Some are tricky and not always what they seem if taken literally:

yfir·heyra – is not overhear, but question, interrogate

You can usually take a word apart to understand where its meaning came from, like yfir·troðsla – violation, infraction. The stem word likely comes from troða – to trample, step on. So with yfir- it becomes like overstep, troðsla being the noun form.

There are a lot more of course 🙂 Many seem a bit abstract, but make more sense when you pick them apart (try tracking down yfir·klór). Do a wildcard search at the wisc.edu dictionary site and check out all the ones they have.